If Bill and Hillary Clinton got back into the White House. It would have a negative effect on the future of women and young girls. I negative effect that would last for many years. The respect that women have for themselves is important. The respect that men have for the women that are in a relationship is important. Bill and Hillary Clinton are bad examples of both. Domestic violence among teenage relationships is a big problem. A big problem that is not talked about enough. The CDC defines dating violence in many different was. It can be physical, sexual, psychological, or emotional violence within a dating relationship, including stalking. The Women Helping Women website says.

“ 1/3 of high school students have been or will be involved in an abusive relationship . Only 33% of teens who were in abusive relationships told anyone. 6 out of 10 rapes of young women occur in their own home or a friend or relative’s home, not in a dark alley. Nearly 1/4 of girls who have been in a relationship reported going further sexually than they wanted as a result of pressure. Dating Violence is the leading cause of injury to women. 58% of rape survivors report being raped between ages of 12–24. Approximately 68 % of young women know their rapist either as a boyfriend, friend or casual acquaintance. 50% of reported date rapes occur among teenagers. Females 16–24 are four times more likely than the general population to be victims of partner violence. About 40% of teenage girls ages 14–17 say they know someone their age who has been hit or beaten by a boyfriend. ” 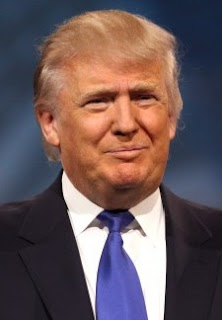 Posted by Kincaid at 4:29 PM No comments:

Email ThisBlogThis!Share to TwitterShare to FacebookShare to Pinterest
Labels: politics
Newer Posts Older Posts Home
Subscribe to: Posts (Atom)
I never considered a difference of opinion in politics, in religion, in philosophy, as cause for withdrawing from a friend. -Thomas Jefferson